Introducing our lovely and talented cast and production team... 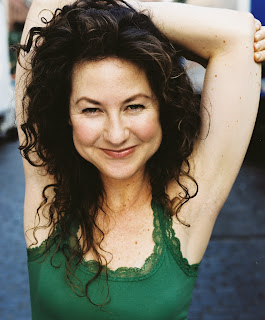 Clodagh Bowyer (Hippolyta/Titania)
Born in Ireland and raised in Las Vegas.  New York Stage: Bloomsday on Broadway at Symphony Space annually.  Many Obie and AUDELCO awards.  Off-Broadway: The Storm Theater- Times Square-"The Shaughraun", The Classical Theater of Harlem-“Native Son” & “Rhinoceros”, The Irish Rep-“The Playboy of the Western World” & “The Bells of Christmas”,Ensemble Studio Theater, The Irish Arts Center, Guild Hall- East Hampton, and Joe’s Pub.   "Beyond the Pale"--Special Jury Prize.  A lot of work regionally and all over Ireland.  TV: The Sopranos (HBO), The Ambassador (RTE), many commercials and voiceovers.  www.ClodaghBowyer.com 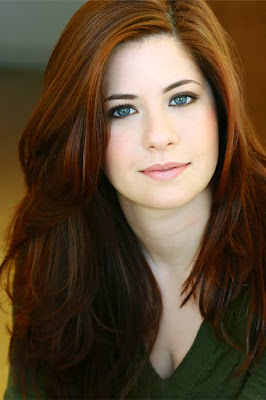 Ashley Brooke (Puck) received bachelors degrees in both English and Drama from Queens College and is a recent graduate of the Circle in the Square Theatre School, where favorite credits include Pericles, A Little Night Music, and The Seagull.  Regionally, Ashley has performed in The 25th Annual Putnam County Spelling Bee, West Side Story, The Great American Trailer Park Musical,and the US Premier of Curtains, following it's Broadway run in 2009.  Also a singer, Ashley has sung at the Metropolitan Room, The Triad, and was in Little Shop of Horrors in concert with Robert Merkin and Peter Calandra under the direction of Tony Nominee, Charles Repole.  Many thanks to the HITFest family for making a long time dream come true! 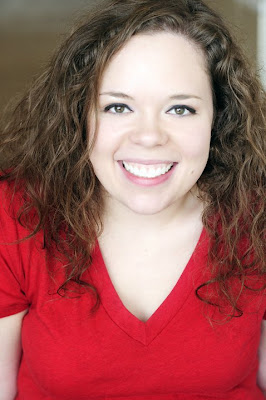 Maddie Casto (Bottom) is a native from Westerville, Ohio but now calls Manhattan home. She recently graduated with her BFA in Musical Theater from Wright State University in Dayton, Ohio and is an EMC Canidate. She moved to The Big Apple to pursue her dream of acting. This is Maddie's first time in The Hamptons and she has loved every minute of it. The people, the beauty of everything, the beaches, and this amazing cast has been such a gift. She has truly enjoyed working for HITFest and Nakedstage, and playing an Ass has been an extremely fun role for her. Nick Bottom, at your service! Other regional roles include Mattie Fae Aiken in August: Osage County, Miss Hannigan in ANNIE!, Widow Corney in Oliver!, Rosemary's Understudy in Tenderly: The Rosemary Clooney Musical, Meg/The Land Lady in Erosion, and Robin, Cristine and Karen in CHANGE: A Children's Tour. Other credits include Marmee March  in Little Women The Musical, Kate Keller in All My Sons, Julia Gibbs in Our Town, Rose-Johnny in Rose-Johnny, Cornelius  in Cymbeline, the Priest in Twelfth Night, and Magenta in The Rocky Horror Show. Maddie is also a prolific writer, cabaret singer, and cater waiter extraordinaire. She has loved writing and working  for The Piano School for New York, and would like to congratulate all the teachers and students for all of their hard work this year. Thanks to her family and friends, always. 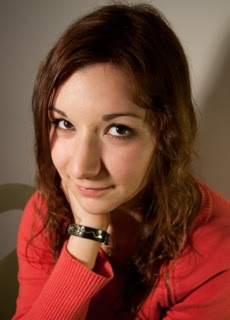 Holly Goldstein (Snug) is currently a Drama major at the Stella Adler Studio of Acting within NYU's Tisch School of the Arts. She has previously performed in Center Stage at the Southampton Cultural Center's productions of "The 25th Annual Putnam County Spelling Bee" and "Working, A Musical". She was a participant in Stage's Children's Theatre Workshop from the age of eight and over the course of several years performd in over twenty-five productions with them. In 2011 she made her directorial debut at Pierson High School in Sag Harbor, NY with her student run and produced production of Paul Zindel's "The Effect of Gamma Rays on Man-in-the-Moon Marigolds," which was highly acclaimed at the East End Arts Council's Annual Teeny Awards. Holly is absolutely thrilled to be frolicking around in the magical world of "Midsummer" once again and is so grateful to be welcomed into the HITFest and Naked Stage family! 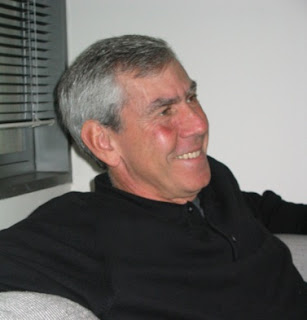 Richard Horwich (Dramaturg, Co-producer) has worked on more than a dozen East End Shakespeare productions in the past twelve years, serving as dramaturg for the Hamptons Shakespeare Festival, The John Drew Theater and the Green Theater Collective.  During the winter, he teaches Shakespeare and other Renaissance writers at New York University.  Dick and his wife live year-round in East Hampton. 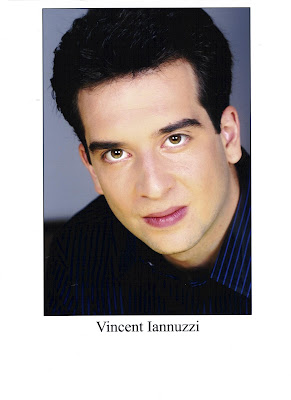 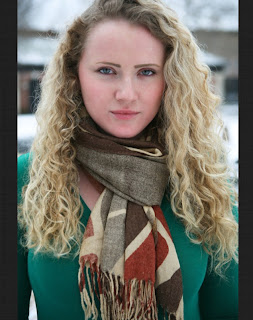 Kasia Klimiuk (Demetrius) is a long-time local residing in Hamptons Bays. After graduating from Manhattan College with a Bachelors in Finance in 2009, Kasia ventured back to the Hamptons and has performed in numerous productions at the Southampton Cultural Center, worked with the Jacobson Center for the Performing Arts and is Co-Owner, Co-Producer, and performer of the eclectic theater troupe, Our Fabulous Variety Show. Kasia crunches numbers at AccuVal Associates by day but her passion is on the stage; favorite roles include Meredith in 5 Women Wearing the Same Dress, Kate in Other People's Money, and Madame de Tourvel in Les Liaisons Dangereuses. She is thrilled to be performing under the beautiful Hamptons sky this mid-summer with HITfest! 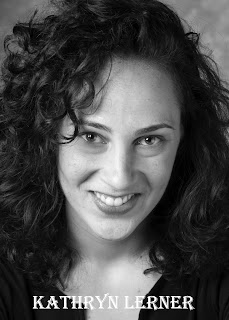 Kathryn Lerner (Lysander) graduated from the University of Maryland with degrees in Dance and English Language and Literature--as well as  a healthy appetite for all things Shakespeare. She teaches dance locally and is thrilled be spending her summer with this amazing cast and production team!


Elizabeth Oldak (Robin Starveling) is currently studying Musical Theatre at NYU Tisch School of the Arts in the New Studio on Broadway. She is also a recurring character on AVbyte's Musical YouTube channel. Regional: The Diary of Anne Frank (Anne) (Bay Street Theatre), August Osage County (Jean Fodham) (Naked Stage at Guild Hall). Upcoming: Eve (Neo-Political Cowgirls). Many thanks to Mom and Dad for all their support and Kate and Josh for putting up with a crazy rehearsal schedule. [Not Pictured} 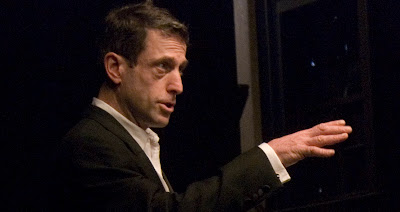 Joshua Perl (Director), Founder and Artistic Director of HITFest (Hamptons Independent Theatre Festival), has a long and varied career in the arts. He recently co-created, with Peter Zablotsky, The Bridge, a new black box theatre in Bridgehampton NY.  Acting credits include LAPIN AGILE, HAMLET, MACBETH, JULIUS CAESAR, A MIDSUMMER NIGHTS DREAM, EXTREMITIES, TWELFTH NIGHT, & TITUS ANDRONICUS - Michael Maggio director (at the Delacorte in NYC). While in L.A. Josh directed two plays, ALL SOUL’S DAY and ANOTHER HOUSE ON MERCY STREET, which were nominated for LA Press awards. He has also overseen countless staged readings as director of The Naked Stage. As a writer, Josh won Steinbeck awards for his novel, IRREGULAR JOE, and his play, SIX WALLS. Recently his short play, ASKING DIRECTIONS was done at The Bridge. Straight out of college Josh spent six years as a principal dancer and choreographer with the Pilobolus Dance Theatre. Currently Josh is an adjunct professor of English at Suffolk County Community College. He is absolutely thrilled to direct this Dream Team cast in A Midsummer Night's Dream. 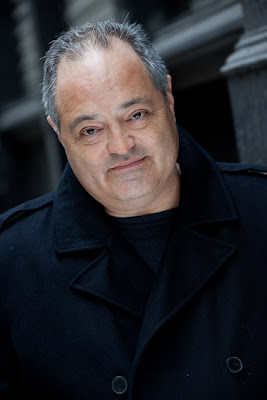 Stephan Scheck (Peter Quince) is a resident of the Town of Riverhead, and has appeared in a variety of classic plays, original works, musicals, staged readings and in improvisational troupes. He has studied at the American Academy of Dramatic Arts as well as other fine institutions in Manhattan and on Long Island. He last performed in the Hamptons in April 2011 in HITFest.org's production of Tina Howe's Museum at the Bridgehampton Community Center directed by Hilary Adams and Josh Perl, and in the Southampton Cultural Center's production of Reginald Rose's 12 Angry Men (Juror #10) directed by Michael Disher back in 2010. 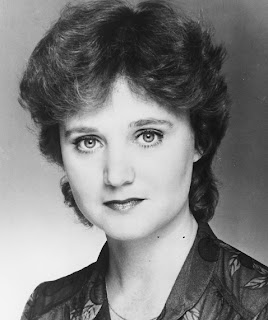 Irene Stefanik (Egeus) has performed in a number of plays in Community Theater on the east end of Long Island over the years.  Some of the parts she has played are Agnes in Dancing At Lughnasa, Mrs. Coffman in Come Back Little Sheba, Karen Andre in Night of January 16th and Martha in The Children's Hour with the Community Theatre Company at Guild Hall in East Hampton.  Irene also worked with  the Maidstone Regional Theater Company at Guild Hall and at Gurney's Inn in Montauk playing such roles as Mina Murray in Count Dracula, Eva in Absurd Person Singular, Alexandra in Little Foxes, and Muriel Tate in Plaza Suite.  Two of the parts that Irene performed with the Spindrift Players at the Bridghampton Community House were the part of Elvira in Blithe Spirit and Marcelle in Hotel Paradiso.  With the Southampton Dramatic Society, Irene played the roles of Bunny Flingus in House of Blue Leaves, Conjur Woman in Dark of the Moon, Dame Pliant in The Alchemist, and Raina in Arms and the Man.
Irene has also performed several parts in the play Under Milkwood at the Performing Arts Foundation in Huntington, Long Island, and the part of Argia in The Queen and the Rebels with The Arena Players in East Farmingdale, Long Island.  In addition, Irene has appeared as an extra and an Under Five on the Soap Opera, As the World Turns.
This is Irene's first appearance in a Sheakespearean production. 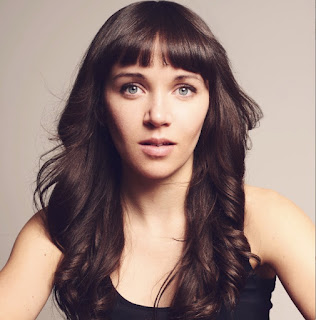 Kea Trevett (Helena) hails from New York City, where she studied Dramatic Literature and Creative Writing at NYU and received acting training from AADA and T. Schreiber Studio. Recent stage credits include INTIMACY, featured in The Looking Glass Theater's Spring Forum, and THE BUSINESS OF AMERICA, Three Comedies by Chuck Orsland, presented by Double Down Productions at The Beckmann Theater. Huge thanks to the Horwich family, the Forbes family, and the amazing HIT Fest team for making this summer dream come true, and to T, for all her love and gifts. www.KeaTrevett.com 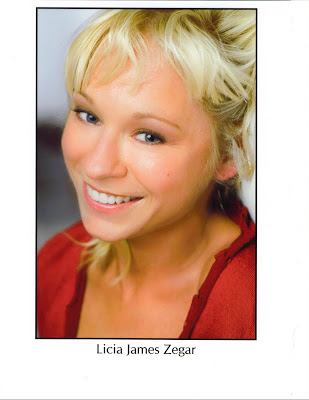 Licia James Zegar (Hermia) is thrilled to be playing Hermia and working with HITFest again.  She was last seen this spring at The Bridge Theater in "In The Bar of a Tokyo Hotel."  Favorite Regional and NY theater credits include: The Tale of the Allergist's Wife, Miss Electricity, All In The Timing, The Seagull, The Gold Wutahkee, Talk To Me Like The Rain And Let Me Listen, Plaza Suite and The Jewish Prince.  She has also been involved in a number of The Naked Stage/Hitfest readings. Later, this summer she will be appearing in the production of EVE at LTV Studios.  She will also be seen co-starring in the upcoming independent film, WILLA by Stephen King.  Licia has also done television work, as well as a number of commercials and voiceovers.  Many thanks to Josh, Peter, Peter Tolan, Eric and the whole cast-its been fun and a pleasure to work with y'all!! Also, many thanks and love to my incredible family and friends for their love and support-especially Ken, Jamie & Mom-thank u!!